Safe drinking water is a fundamental human need. As clean water is not a given for many people in Nigeria, ASA Nigeria has launched a community project installing water boreholes.

Contribution to the community

Access to clean water remains a major challenge in Nigeria, as 60 million Nigerians (33% of the population) do not have access to clean water. In rural and semi-urban areas, where there is little to no government presence, local governments and communities are responsible for the rural water supply. Seeing this to be such a significant issue, and because clients living in these areas also raised this matter, ASA Nigeria launched a community project in 2017 installing water boreholes, generators and overhead tanks. To this day, 25 boreholes have been installed in communities spread across Nigeria, resulting in an estimated total of more than 10,000 beneficiaries, reaching not only their clients but whole communities.

When deciding in which communities to install boreholes, a branch manager of ASA Nigeria initially evaluates the primary source of water, assessing how clean it is and the source’s proximity. Subsequently, the branch manger determines the level of poverty in the community. If clients live in the area, this is considered a plus, but does not determine the decision entirely. Approximately half of the boreholes originate from bottom-up recommendations or requests from clients.

The selected communities decide on the exact location of the new borehole. The project management committee (‘PMC’), which mainly consists of community members, takes the lead in this. After their decision, the implementation is completed by building companies. During this process, ASA Nigeria adopts a supervisory role, overseeing the operation and assessing if it adheres to a proper standard. During the six months after the installation, a branch manager or the social responsibility manager of ASA Nigeria and the building company go back from time to time to do necessary maintenance and resolve any issues or damages that have arisen.

One of the main issues that have occurred so far, was related to the second power source to pump the water from the borehole when the power was down. Initially, solar power was used, but this has proven to be quite expensive to install and maintain, and easily damaged or stolen. To resolve this issue, for now ASA Nigeria decided to start installing generators as a back-up source, as these can be secured in a better way.

After a six-month period of monitoring, the community takes over, and the water borehole is entirely in their hands. The PMC takes the main responsibility in the maintenance. One of the project’s strengths lies in continuous community involvement during the whole process, as it contributes to the continued sustainability of the project.

ASA Nigeria conducted an impact assessment in 2019, which confirmed that the boreholes have significantly impacted the lives of the households living in the selected villages. Each family saves approximately 1 USD to buy bottled water and 40 minutes to collect water at another well on a daily basis. Not having to spend so much time fetching water, reduces the burden on women and children (who are often responsible for this), so they have more time and energy to engage in other socioeconomic activities such as agriculture and education.

Clean water also reduces waterborne diseases such as typhoid, cholera, and the symptoms of diarrhoea, thereby reducing medical expenses. Ultimately, this improves the health and productivity of the entire community

"The new borehole has five taps. There is now less queueing and fewer arguments about entitlements, resulting in more peace.”

As a necessary replacement of a 20-year-old hand-dug well, that could only be used for washing (not drinking) and occasionally dried up, ASA Nigeria sunk a borehole in the Olgun community in 2018, generating access to clean drinking water for approximately 600 people.

The new borehole has five taps, which improves community relations, according to the Village Head Alhaji Kabiru Olokodana. “There is now less queueing and fewer arguments about entitlements, resulting in more peace”.

To build upon this innovation, the Village Head, also a member of the PMC, decided to connect a water reservoir tank to the new borehole, allowing water to flow freely to the community toilet facility. This practice enables solid waste management and discourages commonly practised open defecation, a large issue in rural communities with adverse health effects.

The case of the Olugun community demonstrates how the project also has unforeseen positive impacts. 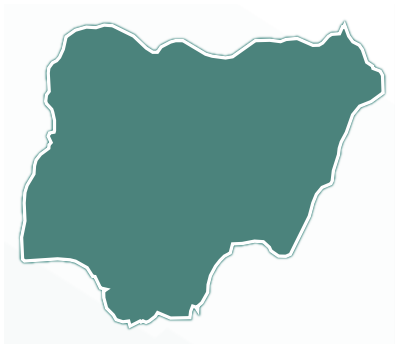